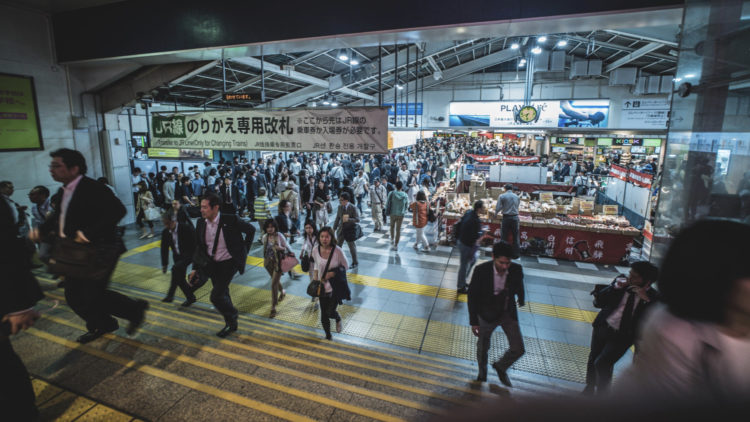 Our introduction to Tokyo was one of chaos. Our timing could not have been anymore off. We arrived at Tokyo Metro Station at 6pm, right about the time people started to pile up in the stations eager to head home after a hard day’s work.

Space was tight and with our suitcases in tow this complicated things further. The flow of the crowd pushed us forward without us knowing where we were going. The station maps were foreign and hard to decipher. We looked around anxiously wishing someone would slow down to help but everyone was in a rush and the flow of movement did not allow pauses.

We moved in circles bewildered and lost. Finally, we spotted a guard; we asked for directions he pointed and we followed (with no clear idea). We spotted another guard who kindly drew our attention to the colour-coded signs along the paths, from that point on we were confident in finding our way to the train.

We boarded our train only to realise that more and more people would also board packing us in like sardines and when we thought it was impossible to fit anymore people, a few more would cram in …and then a few more using the doors to push them in even tighter. It was a sight and an experience as we saw people around us enter a meditative state to avoid panic and claustrophobia.

Overall, it was an interesting event that can only be experienced in Tokyo and we eventually made it to our district of residence for the next 4 nights, Nishi-Kasai.