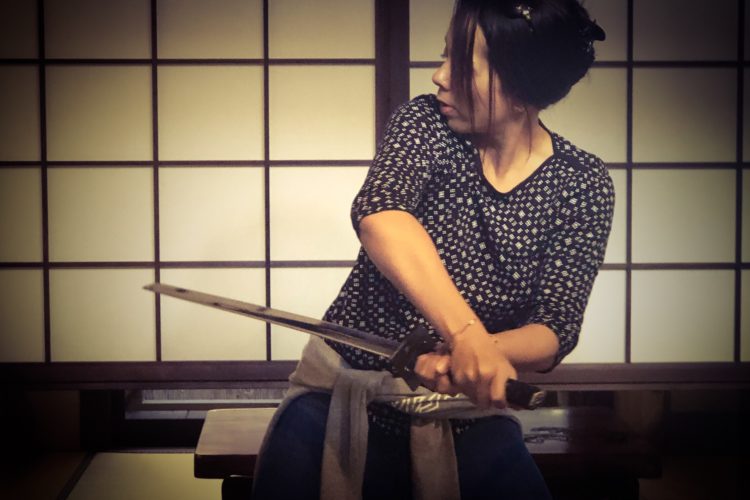 In Kyoto we booked a traditional house for 2 days ‘Kyoyadoya Oyado Ichi’, it was located in Nijo which is about a 7 minute train ride from Kyoto Station.

We made our way to the house at about 7:30pm as we had spent the day at Universal Studios Japan in Osaka.

When we arrived we were greeted by 2 friendly hosts one of which spoke some English, they showed us around and then left us to it. We had a small two storey house to ourselves for two nights close to the Nijo station and other amenities.

The layout of the house followed a minimalist style with just the essentials, but what was there featured beautiful detail with a traditional Japanese aroma.

To start with, we were introduced to Japanese sandals ‘Zori’ with the wooden soles (but not elevated like Geta), these were to be worn on the concreted areas while the wooden floored areas were to have no shoes.

The dining table was the traditional low to the ground ‘chabudai’ with seats known as ‘zaisu’ meant for sitting in a seiza position. Exquisite cushions were laid overtop of the zaisu to make the seiza position more comfortable. The wooden table top featured beautifully engraved images of trees.

Looking up from the table you see inter-woven wooden shutters with shoji paper diffusing the light. These shutters and dividers are throughout the house and make for an intimate setting.

Like most other places in Japan there is an electronic toilet. These toilets can appear quite strange to us westerners at first, however, after a little practice you get the hang of them.

Upstairs is where the bedroom and bathroom can be found, the beds were (very firm) futons with pillows filled part with beans.

We enjoyed our stay at Kyoyadoya Oyado Ichi and found the house provided us insight into Japanese history and culture.